The Blame Game: A Devil’s Bargain 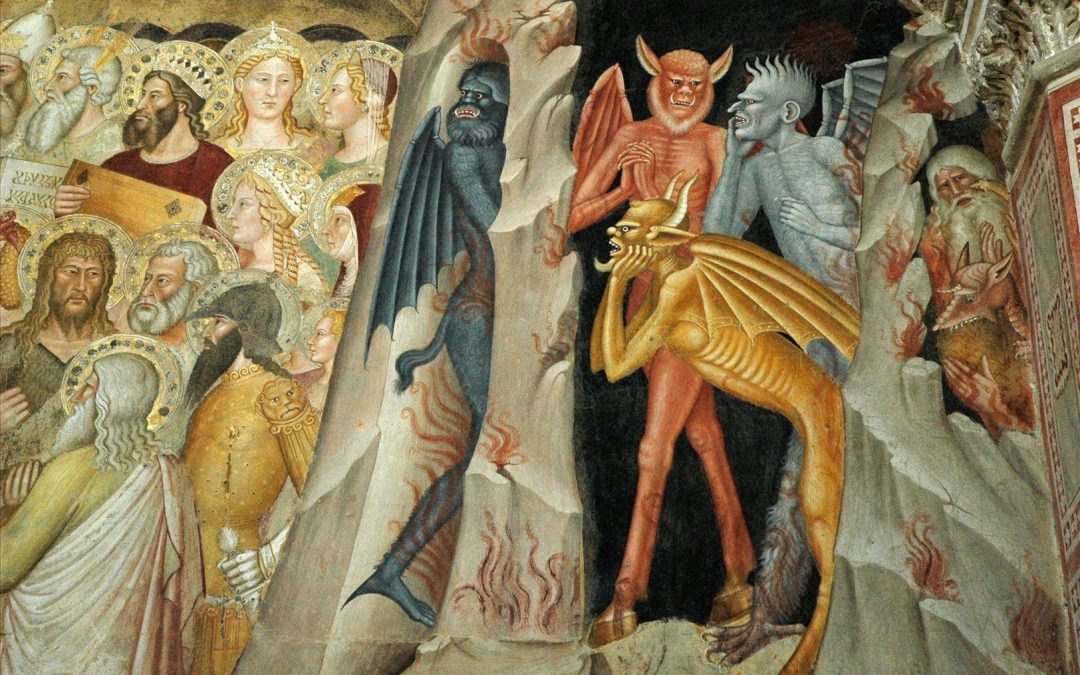 I’m no stranger to the blame game.  I used to share an apartment with three other people in San Francisco.  One day as I was washing the dishes, I noticed that there were still some bits of food stuck to some of the dishes in the dish rack.  First I was disgusted, then irritated, then downright resentful.  I spent the next few minutes berating my roommates, accusing them of everything from carelessness to downright maliciousness.

Finally I began to re-wash the dishes, and as I did so, something about one of the bowls began to seem very familiar.  Soon it hit me: I had used the bowl to prepare my dinner the night before.  Not only was the bowl was mine, but so was the bit of food still stuck to its edge.  I was overcome with a wave of embarrassment and relief that nobody had been around to witness my rant.

My favorite way to play blame game, however, is to turn it on myself.  When something isn’t going as I’d hoped, my first instinct is to look for what I did wrong.  While this sometimes leads to me learning an important lesson I can apply next time I’m in the same situation, more often than not it involves nothing more than a vague sense of guilt or shame.  For example, I recently had plans with a friend who had to cancel when he got sick.  I expected to feel disappointed; instead, I soon began to notice a vague feeling of shame.  It caught me off guard, because clearly my actions had nothing to do with my friend’s cancellation.  Yet my emotions failed to recognize this fact, and my first instinct was to blame myself for something that was clearly outside of my control.  Why would I do that?  What makes blame’s siren song so insidiously seductive?

I have a friend who has two young daughters who was bemoaning to me recently that she spends too much of her time planning and taking care of logistics.  As she described her situation to me, I began to get the sense that she wanted advice from me, as if I could tell her what she was doing wrong so she could finally get freed from her logistical burden.  The thing was, it seemed to me like she wasn’t doing anything wrong at all.  Her life just requires a lot of planning right now.

There’s a Buddhist story about a man on a boat who notices that a ship is heading straight for him.  The ship is moving fast, and the man quickly realizes that he doesn’t have time to get his boat out of its way.  He shouts and waves and tries to get the attention of the captain on the ship, but to no avail.  Just as the ship approaches and rams into his boat, the man sees that there is no captain on the ship.  In fact, there’s nobody anywhere on the other vessel.  It’s completely abandoned, sailing at random through the open water.

Life is full of empty vessels sailing towards us.  Blame helps us deal with their randomness and seeming capriciousness.  In a world filled with unpredictable and uncontrollable dangers, disappointments, annoyances, and things we don’t like, blame promises us a sense of control.  If I believe I’m to blame for something, then I must also believe that I could have done something differently to produce a different outcome.  Blaming myself lets me feel in control in an out-of-control world.

It’s a false promise, though, and a devil’s bargain.  In the end, there are many things I can’t control, including the actions of others or the effects of my own mistakes.  Even if I do everything perfectly, bad things can still happen.  Blaming myself and feeling ashamed doesn’t help me or give me any real power; instead, it robs me of motivation and satisfaction.  I end up trading my own well-being and innate sense of self worth for nothing more than the illusion of control.

The alternative to this devil’s bargain is to accept things as they are and trust our ability to handle them.  We blame when we feel powerless to change a situation.  Paradoxically, when we recognize our inability to control most of what happens in the world, we get clear on what power we do have.  There’s a prayer that says, “God, grant me the serenity to accept the things I cannot change, the courage to change the things I can, and the wisdom to know the difference.”  When we accept what we have no control over, we can stop hitting our heads against a wall that’s never going to move.  And when we get clear on what we can do, we discover a sense of power that erases the need to blame.

When we embrace our inherent power, the devil has nothing to offer us.