There’s No Such Thing As Self Improvement 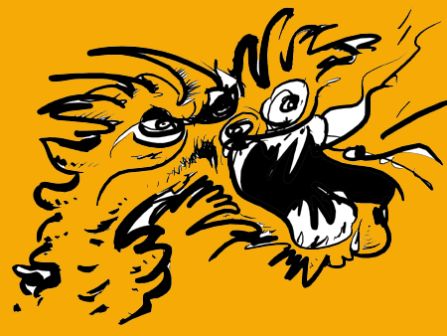 That’s right, the life coach is saying that self improvement is impossible.

When a client comes to me, regardless of the issue they want to work on, what they’re usually really asking for is that I help them change some aspect of themselves.   It’s not an odd request for a coach, but I struggle with it nonetheless because as much as I want to give my clients what they want, I also know that they’ll never find what they’re looking for by improving themselves.

Self improvement is based in a paradigm where there’s something wrong with us that needs to be fixed, some troubling tumor that requires immediate excision.  We search for the book, video, methodology, or person with the right expertise to help us perform the surgery.  Yet at the end of all our efforts, we often find that the benefits we were hoping for continue to elude us.  That’s because we refuse to see the one thing that could actually help us find what we’re looking for: the truth that there’s nothing wrong with us, pure and simple.  Our challenges melt away and we find joy and fulfillment when we become more of what we already are, not less.

You might be thinking that that’s all well and good for somebody who’s brave and smart, or kind and generous, but doesn’t work so well for those of us who are frightened, anxious, self-centered, and prone to making lots of mistakes.  But I can tell you as somebody who has a lot of experience in the second camp that those things only become problems for us when we reject them or try to improve them; when we accept them wholeheartedly, they actually become assets.

But don’t take my word for it.  I’ll give you some examples.

Consider my client Tommy: Tommy experienced frequent bouts of intense loneliness.  Though he had many friends and acquaintances and was well-liked in his community, nothing could penetrate his fog of isolation.  In fact, the more he reached out to others to try to relieve the pain of loneliness, the more bitter and disappointed he inevitably became.  Part of him wondered if he wasn’t doing something wrong to not be able to feel better about his relationships and get his social needs met.

Tommy’s problem wasn’t that he needed to improve his relationship skills or try harder to connect with others.  It wasn’t even that his habit of becoming bitter and withdrawing when he was hurt of disappointed by others was threatening to empty his friends ledger of all its entries.  In fact, it was only when Tommy moved towards his bitterness that he discovered that more than anger there was grief beneath his desire to withdraw.   But first he had to give himself permission to move closer to the bitterness.  He did this when he realized that the hurt and disappointment he was feeling towards others wasn’t a result of him doing anything wrong; on the contrary, pain is inevitable when we’re in relationship with other human beings.  Once he accepted this, he allowed himself to touch the grief that had been hiding in his bitterness, experiencing all the nuances of his emotions freely.  This freedom led to a sort of catharsis, after which Tommy’s resentment and bitterness began to melt away on its own.

In the process of moving towards that which he had wanted to be rid of, Tommy gave himself what he was longing for from others—understanding, acceptance, and validation for his pain—and in doing so felt less of a need to withdraw and protect.  As Tommy put it, the worst loneliness was being alienated from his own emotional truth.  Moving towards this truth gave him the connection he craved with himself and others.

I have examples from my own life as well.  I’ve always been an anxious person (as a child I used to sleep with the covers over my head out of fear of foxes and burglars), but I’ve never really liked that about myself.  Trying to appear cool, calm, and collected, I have more often been frightened, frazzled, and freaked out.  This issue came to a head for me when I had the opportunity to do a big workshop at a well-respected university with the knowledge that if I did a good job, there could be more opportunities down the road.  This workshop included just about every single one of my Top 10 Reasons to Get Really, Really Anxious.

Whew.  When I start thinking like that, I know it’s time to take a deep breath and talk to someone who’s not in my head.

So I called a friend and she helped me realize that I was just nervous, plain and simple, and that that was a perfectly normal response to my situation.  In fact, it was a good sign: it showed that I cared and that I was engaging in work that was important to me.  It also showed that I was taking risks and letting myself grow past my comfort zone. Once I accepted my anxiety, I could become curious about it.  I made space for it to do its thing.  And I was extra-special nice to myself, treating myself to lots of TLC to make up for the fact that I was in new and scary territory.

Before long the anxiety faded, I felt mildly excited, and I was able to sleep like a baby.  The anxiety even helped me focus and be sensitive to the fact that my workshop participants probably felt a bit nervous as well.  And the best part is that I can speak to others working through their own fear from the deep and compassionate seat of my own experience.

Let me say this again: there is no such thing as self improvement.   No matter what you do, you will not become a better person.  You may find more joy, more power, more clarity, more freedom, or more fulfillment, but it will not come by changing yourself, fixing your flaws, or believing that there is something wrong with you.  If you look, you will find these things, but only by becoming even more of what you already are.

Paradoxically, fundamental change only comes when we accept the radical notion that we are perfect exactly as we are.