Are You Afraid to Fail? If So, There’s Something You Should Know. 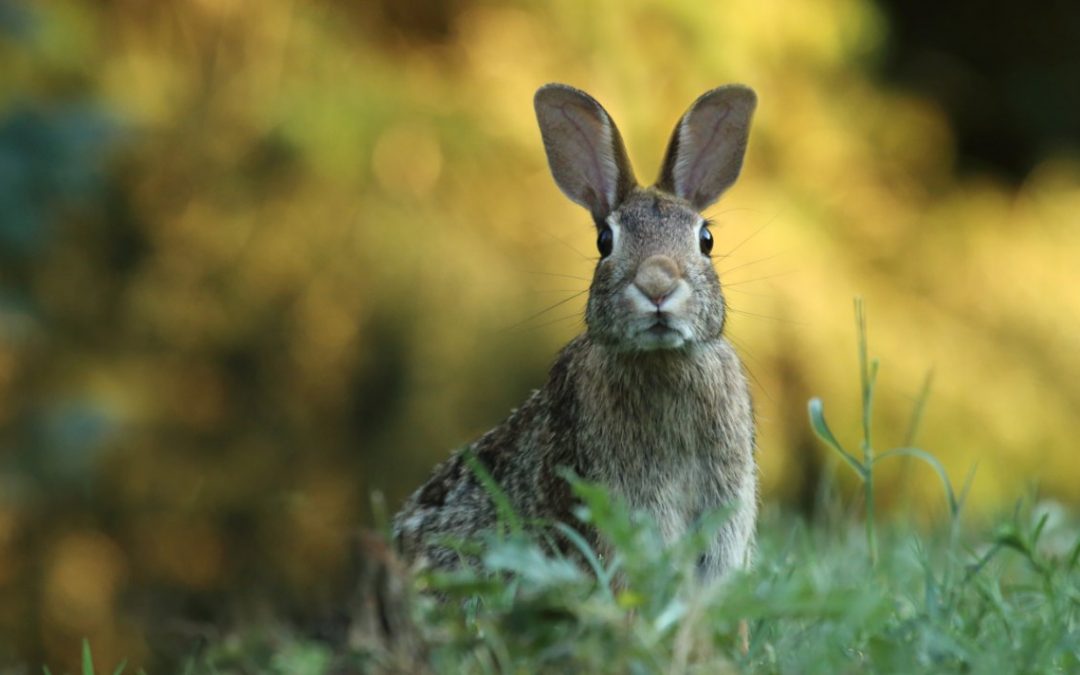 “Think like a queen. A queen is not afraid to fail. Failure is another stepping stone to greatness.”
–Oprah Winfrey

We human beings have a complicated relationship with failure. We almost instinctively fear it at the same time that we acknowledge its benefits. We know from platitudes and after-school specials that we have to be willing to fail if we want to succeed, yet the vast majority of us still go out of our way to avoid it.

Knowing that failure is part of the game is one thing; actually being willing to do it is another. Or maybe it’s that it’s okay for other people to fail, people like Oprah Winfrey who are now successful beyond their wildest dreams, but it’s not okay for us.

It’s almost like failure is a cat and we’re the mouse. Other people keep telling us that it’s friendly, but all we see are its sharp claws and jagged teeth as it eyes us hungrily from the corner. 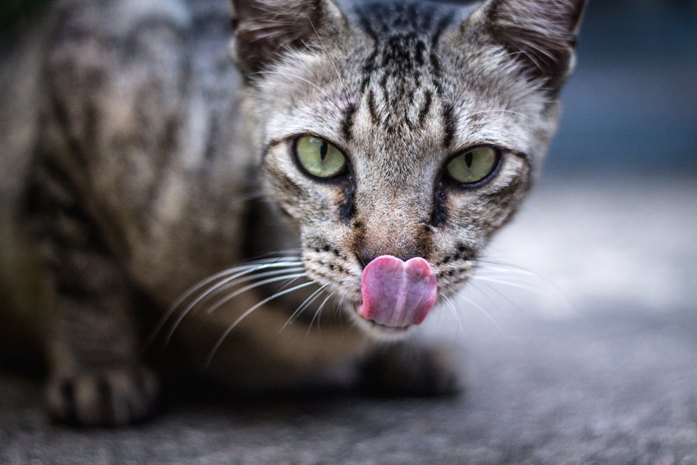 We do need to stop fearing failure if we’re going to be willing to step into the risks necessary to change careers or otherwise realize our dreams. But how can we befriend something that looks like it’s thinking we’d make a delicious mid-afternoon snack?

To do this, we first need to question our assumption that we know what failure is.

When I ask members of my Pathfinders Group Coaching program what images, words, or associations come up for them when I say the word failure, I get responses such as incompetence, shame, broken, lonely, bewildered, lost, and permanent. They share how it often feels less like “This thing I was working on failed” and more like “I am a failure”.

But when I ask these same people targeted questions about the actual results of a specific failure they’ve experienced, I get entirely different answers. Words like helpful, necessary, and freeing start to come to mind.

Here’s how you can see this phenomenon for yourself:

You can read a beautiful example of one person’s answers to these questions on the blog of a former Pathfinders Group Coaching participant.

Here’s my own true-life example:

When I ran my first online course, I spent nearly 5 months planning, creating, and launching it. I poured my heart and soul into the program, invested a lot of time and money in its development, and very publicly invited everyone and their second cousin to take part.

Sales were…disappointing, to say the least. I got less than a quarter of the number I needed to recoup my financial investment, let alone what would have made me a profit or paid for the hundreds of hours I’d devoted to the project.

I felt humiliated. My Inner Critic was yelling at me that nobody wanted what I had to offer, and that I had been foolish to think they would. It went on to tell me that this was proof that I was less capable than everyone else, that I made terrible decisions, and that I would never be successful or run the kind of business that I wanted to.

My list of verifiable negative outcomes, however, was surprisingly short. I invested thousands of dollars without seeing a return (yet). Everything else, including the sense that I had wasted my time, was only an assumption.

And when it came time to list the positive outcomes—well, it was far longer than I expected:

It wasn’t painless; failing to meet my goals was disappointing, and I didn’t have as much money as I’d hoped. But I still had options, I managed to adjust, and the disappointment didn’t last forever.

There’s a Zen story  about a farmer whose crops all grow big during a particularly rainy season. His friends in the tea house tell him how lucky he is. He just nods and says, “Perhaps.”

The plush crops then attract a herd of wild horses, which trample his fields and ruin his harvest. In the tea house, his friends all commiserate with him and tell him how unlucky he is. He just nods and says, “Perhaps.”

Shortly thereafter the farmer’s son captures one of the wild horses and tames him. The stallion is worth more than several years’ harvest. The farmer’s friends all tell him over tea how lucky he is. He just nods and says, “Perhaps.”

The next day the stallion kicks the farmer’s son, debilitating him. The farmer’s friends express their sorrow and tell him how unlucky he is. The farmer just nods and says, “Perhaps.”

A little while later the army comes through the town, conscripting all the able-bodied men and taking them to war. The farmer’s son doesn’t have to go, as he is no longer able-bodied. The farmer’s friends all tell him how lucky he is. You already know how the farmer responds.

Though the story is about events outside of the farmer’s control, it has much to say about failure. In any given moment we may like or not like where we are, but no situation is final. Everything changes, in ways we cannot predict.

In other words, it’s impossible to ever know the true impact of failure.

In 2011, Harvard Business Review dedicated an entire issue to the topic of failure. One of my favorite articles from that issue defines a spectrum of reasons for failure that stretch from blameworthy on the one hand to praiseworthy on the other.

Blameworthy failures come from “preventable failures in predictable conditions.” These are usually caused by deviations from routine and well-defined operations (like in a factory).

Less blameworthy are the “unavoidable failures in complex systems.” These happen where there is a lot of uncertainty at work; in other words where “a particular combination of needs, people, and problems may have never occurred before.”

Praiseworthy are the “intelligent failures at the frontier.” These are experiments conducted to establish the viability of an idea or design, or to expand knowledge and investigate a possibility.

When you think about it, almost anything we do to answer our calling involves uncertainty; it’s never been done before by us in the exact way we mean to do it. Every time we make a change or step into something new, we’re conducting an experiment. All failures in this field, by Harvard’s definition, are not just inevitable—they’re beneficial. They help us find out what’s possible and discover the best ways to realize our intentions, regardless of what limits we run into.

If you don’t already have your own definition of failure, I recommend you do the exercise above and create one.

For my part, I’ve come to see failure as nothing more than things not going according to plan. It’s the discovery of limits so we can find ways to work within them. Or, as a Pathfinders participant put it, it’s simply stepping onto a new path tomorrow.

When we see past the jaws and claws to what failure really is, we quickly realize that what we’ve spent so much time and energy fearing isn’t just unlikely; it’s impossible.

Pathfinders Group Coaching is one of my favorite programs because I get to coach amazing people while witnessing how the feedback and love of their peers helps them rediscover their confidence, clarify what they most want, and take big steps towards making that a reality. Things that seemed impossible become probable with a powerful community to help them out and cheer them on.

I’m super excited to get started with a new Pathfinders Group Coaching cohort in just a few days. We have only 3 spots left, and I’d love to find someone who feels they’re meant to do something more than they are now but aren’t yet totally sure what that is or how to do it to join us.

If that might be you, then click here to schedule a brief, no-obligation call so we can discuss your needs, answer your questions, and explore whether Pathfinders is a fit for you. This is the last call for this cohort, and I don’t know when I’ll be offering this program again.

I would love to help you make 2018 the year you find your calling and start doing work you love.

What benefits have you found in failure? I’d love to know, and I’m pretty sure everyone else would too. Please share in the comments below. 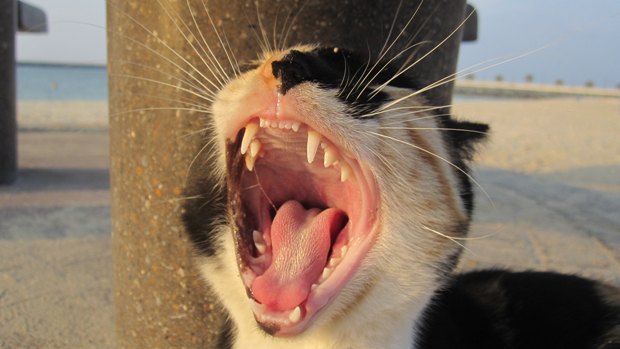