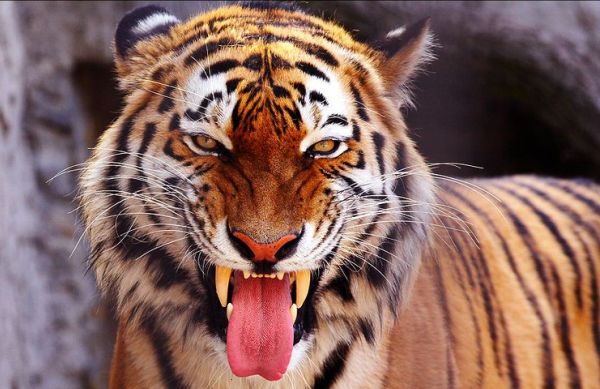 Though it’s not something I’m thrilled to admit so publicly, I wanted to share because it’s helped me realize something important.

It started when I woke up yesterday morning from an uneasy sleep feeling generally (and disturbingly) anxious. I wasn’t sure why.

Then I drew a Mother Mary Oracle card and saw this: “Change is coming to you now, my dear child. It is a change that has been triggered by the loving prayers held deep within your heart. This change does not have to be difficult for you… I would like you to use your energy for more worthy purposes than worry…”

I immediately started to cry. And suddenly I knew why I was feeling anxious.

An image had come to mind: I was standing on a deck on a beautiful late afternoon in Calistoga at a training I attended last week. I was saying out loud to the group that I was committing to bringing new things to life, to believing that my new dream for my business is possible, and to taking action towards building that dream. The woman leading the training told me to imagine a line in front of me and step across it to signal my commitment.

It’s a bit embarrassing to admit, but I didn’t want to do it. I was actually scared to step across an entirely imaginary line.

I did step across that line, however, and as I was holding that Mother Mary Oracle card in my hand yesterday, I realized that that’s when it had started: the fear.

I was feeling anxious because ever since I made that pledge, I’ve felt an underlying terror that I won’t be capable of delivering on my commitment or building it out successfully, that I’m unworthy of my dreams.

That’s the commitment conundrum: There comes a time when we’re no longer willing to remain in circumstances that don’t feel right for us, or that don’t make us come alive. And in that very moment of unbelievable strength when we finally commit to making a change, we open the door to the fear—fear that will do everything in its power to convince us not to move forward on our promise.

The Fear We All Feel

I think everyone who’s considering a career change, or any change at all for that matter, is facing fear.

Some of the clients I talk to experience the panic as worry or anxiety, others as a lack of confidence. Some are aware of it directly (What if I fail? What if I make the wrong decision?), while others feel it more as a lack of possibility: I can’t make enough money doing what I love, or I can’t do what I really want to because I have no idea how.

Regardless, when we’re standing on the precipice of something new, we all feel fear, and it can keep us from committing to what we want, or from following through on what we do commit to do. In short, it can stop us in our tracks.

The Crazy Simple Tool for Working With Fear

What I was reminded of yesterday, though, is that it doesn’t have to. Because there’s one, simple tool that can cut through fear’s paralyzing light and sound show, full of sound and fury, and reveal it for what it is.

And, to keep quoting Shakespeare, that’s the power of what’s in a name.

When our fear is vague and unexamined, it looms large. Like a shadow that falls over us, it can feel like a life-threatening tiger is about to attack.

When we take the time to look directly at our fear, however, recognize, and name it, we see the true threat rather than the shadow, and we realize that it’s not as bad as we previously thought.

When I got clear that what I’m afraid of is being incapable and fundamentally unworthy, my fear became right-sized. It was suddenly manageable.

When I named the fear, I reconnected with a felt sense of my own strength and value. It became clear that nothing I do (or fail to do) will ever make me unworthy.

As for being incapable, I realized that this is just a chance to see what I am actually capable of. I can be truly curious about that, learning and having fun along the way, since I know that my basic worthiness is not at stake.

I can also remember that I always feel fear in the beginning of something new. Though I can’t make it go away, I can offer it a seat in my car and take it along for the ride. Because I’m bigger than the fear is. And because the fear wouldn’t exist if I didn’t also have the profound strength required to commit to creating something new.

It’s a divine gift that, I believe, the infallible desire that we all have as human beings to open and grow and create, a longing that reasserts itself again and again in obvious and subtle ways, no matter how scared we feel.

If you’re not sure how to name exactly what you’re afraid of, here are a few ideas:

Don’t Let Your Fear Stop You

Part of the reason coaching is so powerful is that it helps us name and find a new perspective for our fears. I’ve worked with clients where this process alone is enough to get them unstuck and on the path to the work they’re meant to do in the world. If you’d like to learn how coaching can help you work through your fears, please click here to fill out an application for a free, no obligation Clarity Call.