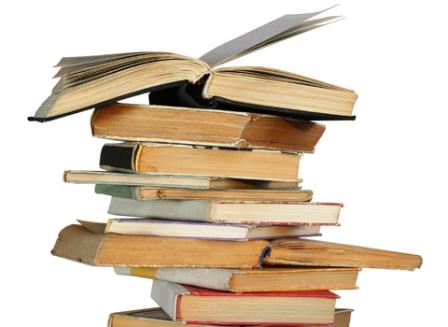 As I mentioned in an earlier post, all the books, experts, and well-intentioned tips on insomnia can backfire if the person reading them actually tries to apply them. There are two reasons for this.

The first reason is that the harder we try to fall asleep, the less likely it is to happen. Sleep is one of the few things we can’t force ourselves to do. Even if I don’t like broccoli, I can make myself eat it if I need to. But there’s no way to force sleep; all you can do is get out of its way and let it happen (thus we talk about “falling” asleep, not “doing” or “achieving” sleep). Sleep provides a beautiful example of the limitations of the human will; it’s pretty much completely out of our control. And in a frustrating Catch-22, the harder you try to force slumber, the farther you’ll take yourself away from it.

The second reason that the literature on insomnia can often fail us is that the only thing more antithetical to sleep than forcing it is believing that it’s not possible.

Persistent sleeping problems often start innocently enough. Something keeps us awake—too much caffeine, worries, troubling events, not enough exercise, or anything else—and we find that we can’t sleep for a night or two. In and of itself, this is not a problem. Almost everyone has trouble sleeping now and then, and almost anyone can survive a few sleepless nights without too much trouble. The problem actually begins when we turn what wasn’t a big deal into a Big, Fat, Hairy Problem in our head. This happens when we start thinking about what it means that we couldn’t sleep. Instead of thinking that we just had a particularly stressful day, or experienced an emotional event, or perhaps had that cup of tea a little too late in the afternoon, which is usually what causes trouble sleeping, we begin to diagnose ourselves with Sleeplessness-With-a-Capital-S, or Insomnia, or some other dreaded sleeping disorder. This is problematic because it causes us to believe that we can’t sleep, which, in turn, inhibits the natural process of sleep.

Often we do a little online research at this point (a road fraught with peril for anybody who has ever worried about anything in their life). We learn that some people can’t sleep because they have insomnia. We begin to consider the notion that we might have insomnia. We become concerned, so we seek out as many tips, suggestions, and solutions as we can. We don’t want to be one of those people who can’t sleep for years—or even decades—on end. So we try everything, and though some of it might help, our trouble sleeping always comes back. The more things we try that don’t work, the more convinced we are that we have insomnia, and the more hopeless we get that anything will ever cure it.

But the problem isn’t that we can’t sleep.

Don’t get me wrong. There are some medical conditions that can disrupt sleep, and hormones can play a role as well. Depression and anxiety can also cause sleeping problems, as can other biochemical imbalances. I encourage anybody who has trouble sleeping to see a doctor and rule these causes out.

I used to have many nights where I would lie in bed relaxed but awake. After a bit of time had passed, a thought would occur to me: “I can’t believe I haven’t fallen asleep yet. I wonder if this is going to be one of those nights when I can’t fall asleep at all.” I would feel a stab of anxiety at this thought and a growing sense of restlessness in my body would follow. Soon I would have to get up and do something else in order to relax and calm down.

One of the most important realizations that helped end my struggle with sleeplessness came as a result of my snoring (talk about a blessing in disguise). My partner informed me that much of the time I thought I was awake, I was actually asleep. I couldn’t argue with him because my snores were proof. I began to trust my ability to sleep more and know that it was easier to fall asleep than I had thought it was.

This is actually true for most people who think they’re not sleeping when they lie in bed; in the early stages of the sleep cycle, it can feel like we’re awake. The truth is, falling asleep is easier than we come to think it is after we’ve had some consistent trouble with it.

So how do we interrupt the negative cycle and break the self-fulfilling prophecy? We stop trying so hard.

This becomes easier when we realize a few, simple truths:

If you can wrap your mind around these few, simple truths and let go of the exaggerated worries about not getting enough sleep, then you can start to care less about whether you fall asleep in this precise instant. If you find that sleep isn’t coming, then you simply lie in bed and enjoy the silky smoothness of your sheets, revel in the chance to rest without having anything to get done, or get up and do something you enjoy. Rather than a problem, not sleeping becomes a chance to do something pleasant, which is not a big deal because you know that sleep will likely come soon, and even if it doesn’t, you’ll be okay. Like a stubborn cat, allowing sleep to come on its own terms makes it infinitely more likely to approach you of its own volition, likely when you least expect it.

We can’t force sleep, but we can create nourishing conditions for it. Doing that means coming to terms with the fact that we can’t control sleep and recognizing that we don’t need to. Because sleep will come eventually, in its own time, no matter what we do. And if we take good care of ourselves in the meantime, it won’t matter so much when that is.

The next two sections give some ideas about how we can take care of ourselves in ways that encourage rest.  You can find the next part here.

Or write me at me@meredithwalters.com to request a copy of the full article if you’d like to read it all at once.